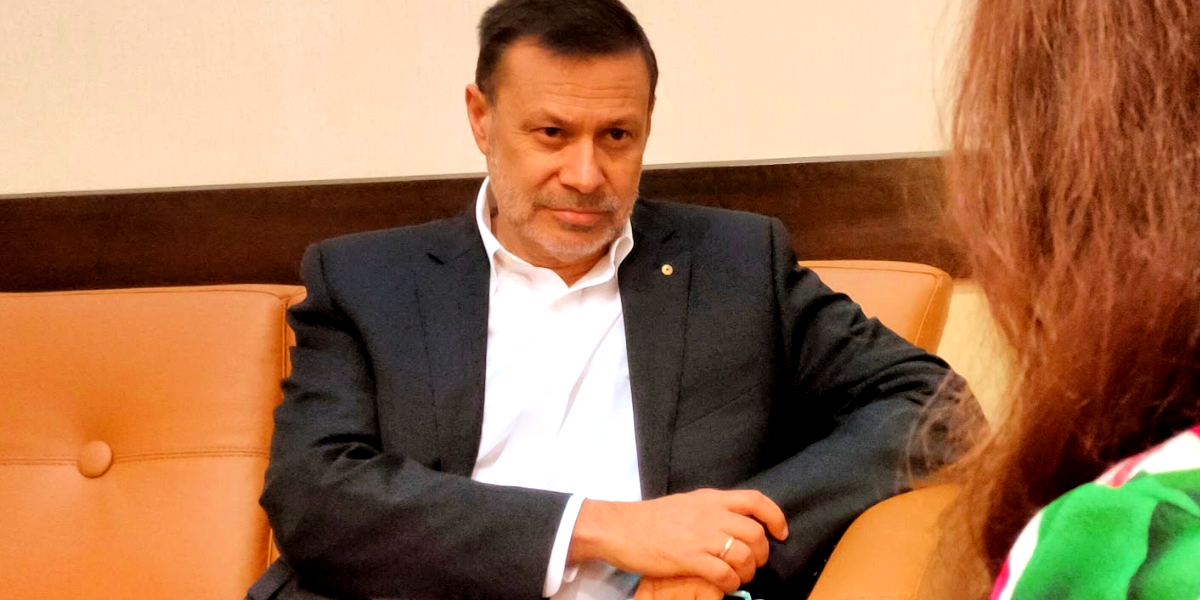 From the change of government to Lynas and the outlook of Malaysia, an exclusive 60 minutes interview.

How do you feel about the new government in Malaysia and how does the changes affect the relationship between the two countries?

First of all, Australian were incredibly excited about what happened on the 9 th of May last year. Malaysia took a big step towards democracy at a time when the rest of the world is not embracing democracy as everyone has thought. Malaysia was really backing the trend, it was really sort of a people power. What Malaysian did was a change of government after 61 years, which is extraordinary, and the new government is a reformist government. In our experience in Australia, changing government occasionally is a good idea, with new ideas coming in. Overall, we thought that it is a healthy development.

And of course, being in government is different than being in the opposition. It is complex and difficult. With new government and inexperience ministers, they have to learn as they go. I think it is important that the Malaysian be patient, because they were elected for 5 years, and not for 1 year.. and to change big things like the economy, it takes time.

No, I don’t think so. I think people inside Malaysia are more critical than the people outside. I think people outside appreciates that it is difficult. The manifesto was incredibly ambitious, and I think no one can achieve that in a bit. But Malaysian are expecting it all to be achieved in the first 100 days. Remember? After the 100 th days, there were like “How come the manifesto still ‘belum’ complete?”. People outside don’t think like that. They realized reform takes a long time and it is difficult. Especially sensitive issue, it takes time to make those changes. When I talked to my colleagues who are other ambassadors, people wish Malaysia and the government all the best, we are not criticizing the government because we know what they are doing is very difficult and very ambitious.

During the election there was highlight about Lynas. And Wong Tack, MP of Bentong has been vocal about it.

Have you been to Kuantan? If you’ve been to Kuantan and talk to ordinary people, they like Lynas because it’s jobs. It works. My experience in talking to the ordinary people there, they were originally worried about Lynas because they were told it will kill their children. And there’s a video of chicken with two heads, and people were scared that their children will be born with two heads. That’s terrible. But after talking to the local people there, they said since Lynas came here not a single child has been born with any problem. And now they realized that the scientist was right, and it is entirely safe. And now they are a little bit angry with the people who are trying to scare them.

So that’s one side of it, but I think the ‘perception’ that Lynas is dangerous is still there. Although it has been toned down with many explanations and recently there’s a joint venture between MARA Corp and Lynas Malaysia Sdn Bhd to develop the down stream sector. But what could have been done to improve the understanding of the Malaysian, that it is okay to have Lynas here.

I think that’s a job belong to the journalist. Journalist have to be smarter than they are, and they have to start asking better questions than they’ve been asking me until today. Lynas has been one of the carefully monitored chemical plant in Asia. They have so carefully monitored by so many government agencies for so long and there has been never a single breach of regulation. The UN International Atomic Energy Commission did two surveys on Lynas and they said it is perfect. And recently under the new government, YB Yeoh Bee Yin appointed an independent panel of Malaysian expert and it revealed that Lynas is safe and whatever rumours that has been spread is a baseless accusation. So, you have all the evidence over here and on the other hand you have an activist. People would say, it is 50-50, but it is not 50-50. And for his own reason and his agenda.

Journalist said it is too difficult, and it is very frustrating for everybody because it shouldn’t be like that.

The definition of good governance is evidence is the base of decision making. And when you make decision based on rumours and false news, then that’s not good. It is very easy to scare people. You can come out and make accusation, the newspaper loves it because it is sensational, and people read it because there must be some truth of it because it is reported. But to rebut that, I could not just make one line to disprove the accusation. I have to bring in experts to analyse, and even then, people will still believe the first accusation.

Winston Churchill had a saying. He said, “”A lie gets halfway around the world before the truth has a chance to get its pants on.”

So, what evidence does Wong Tack has? Nobody seems to be asking him that question. Because he has none.

There’s this accusation that the ground water is polluted. And Xavier Jayakumar (Dato’ Dr. Xavier Jayakumar Minister of Water, Land and Natural Resources of Malaysia) says his ministry checks it and there’s no problem.

So, every time there’s an allegation, there’s always an answer. But allegation keeps coming. The question that journalist should be asking is why these allegations keep coming.

One good answer is because of the popularity of the issue. But there’s another good answers too. Do you know that Lynas is the only manufacturer of rare earth outside of China? It gives Malaysia a place at the top of the supply chain. That’s why MARA Corp wants to start building downstream industry like permanent magnets and things like that to be used in wind turbines, electric cars, cell phones and it is a good opportunity. But what else that it does is to upset a monopoly, because otherwise the monopoly would be with a different country.

So, you import a radioactive material the same as Lynas. You buy it from outside. No one talks about that, and it’s safe because of such a low radioactivity level on that. And the radiation is so low and in Australia, we never classify that as a radioactive. The ore leaves the site and classified as ‘dirt’ and arrived in Malaysia via Singapore under the same classification. Once until it arrived in Malaysia, it is classified as hazardous, as Malaysia has a higher standard.

Moving on to the trade war between China and the US, and it was said Malaysia will be one of the benefitting countries of this. What is your opinion on that?

Not in the long term. In the short term, there could be some disruption, which might benefit some of the countries, where some manufacturers might choose to leave China and setup somewhere else to avoid US sanction. But that is short term. In the long term, Malaysia is a trading nation, and a trade war between US and China if it really gets serious will disrupt global trade and a country like Malaysia will not benefit from that. Australia will also not benefit and a trade war like that, in the end, if it continues it will hurt everyone.

What should be the stand or role of media to focus in reporting news? In all, we seek readership and sensationalized issues sells.

In my experience in Australia but also around the world, the media plays a crucial role in democracy. It holds the government to account. But to do that, the media must ask good questions, hard questions and the media has to do investigation. Not just ask questions, but to follow up, and investigate if what were said is true. I think that’s the sort of media that hold the government to account, and it is done in a professional and ethical way. It has to be persistent, and not just moving on to the next issue.

What is your message to Life News Agency readers?

The whole world was amazed and impressed by what the Malaysian people did on the 9 th of May 2018. Of course, the Malaysian people are impatient to see their dreams and hopes realized, but reform takes time. Personally, I’m very confident that Malaysia is heading to the right direction and it is a great country now and it will become a greater country in the future.

Every country has its own path, and it is never straight. We also have all sort of challenges and issues, but I would say overall, there’s reason to be optimist about Malaysia. Malaysian, I think is very pessimistic about their own country, but I look at it, oh wow! You compare to the other country
in South East Asia, it’s actually looking pretty good. Can be better, yes of course! 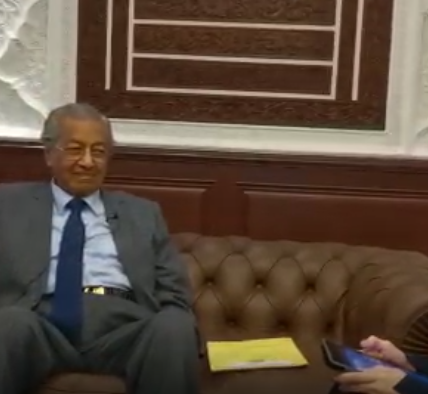 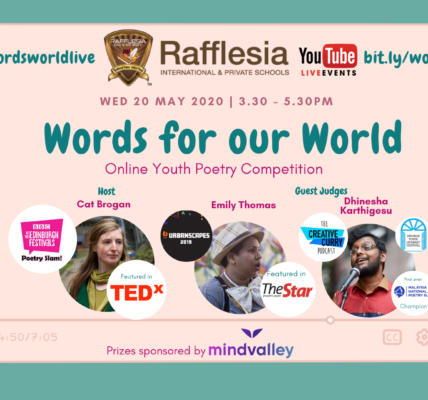 Poems in a Pandemic 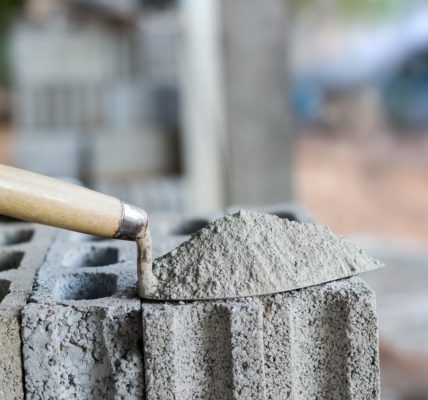 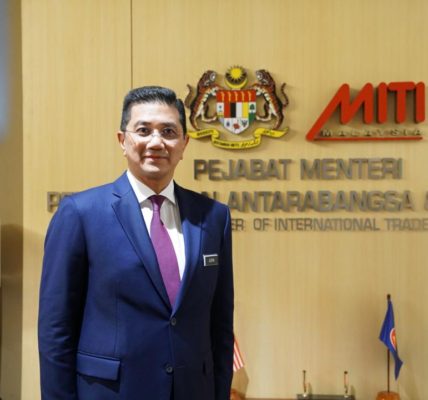