HONG KONG SAR 20 January 2023 – Following the re-opening of the borders between Hong Kong and Mainland China, the frequent interaction between Shenzhen and Hong Kong will resume and deepen in the future. For over a year since the issuance of the Plan for Comprehensive Deepening Reform and Opening Up of the Qianhai Shenzhen-Hong Kong Modern Service Industry Cooperation Zone (the “Qianhai Plan”) by the State Council on September 6, 2021, Qianhai has been tasked with two main initiatives, namely the expansion of the cooperation zone and the deepening of reform and opening up. Covering various aspects and key projects, these initiatives have been proven successful with the close cooperation between Shenzhen and Hong Kong. In order to provide an update on the Qianhai Plan for the first year since its issuance, and introduce the latest policies and development opportunities of Qianhai, the Authority of Qianhai Shenzhen-Hong Kong Modern Service Industry Cooperation Zone of Shenzhen Municipality (the “Qianhai Authority”) specially oragnized the Qianhai Shenzhen-Hong Kong Modern Service Industry Cooperation Zone Promotion Conference with the theme of “Shenzhen and Hong Kong Join Hands to Win the Future” at the Hong Kong Conference and Exhibition Centre on 12 Jan 2023.

This grand event was the first large-scale promotion conference organized by the Qianhai Authority in Hong Kong after the re-opening of the borders, with the attendance of more than 300 guests.

Zeng Pai, Member of the Standing Committee of the Shenzhen Municipal Committee, Director General of the Qianhai Authority and Secretary of Nanshan District Committee, pointed out in his speech at the conference that the recent orderly re-opening of the borders between Shenzhen and Hong Kong would enable the two cities to join hands in the future for capturing opportunities arising from, and taking the lead in, the latest global development. Committed to its mission of “relying on Hong Kong, serving the Mainland and opening up to the world”, Qianhai will strive to collaborate with and serve its Hong Kong counterparts in most competitive sectors of the Hong Kong modern service industries, such as finance, legal service, trade and logistics. Efforts will be made to improve the cooperation mechanism and optimize policies and systems favorable to Hong Kong. As part of the Qianhai Global Service Provider Campaign, a familiar business and living environment will be created for Hong Kong people and enterprises in Qianhai so that they can fully capitalize on the advantages of the two cities for a win-win future.

Erick Tsang Kwok-wai, Secretary for Constitutional and Mainland Affairs of the Government of the Hong Kong Special Administrative Region, stated in his speech that Qianhai is one of the most important cooperation platforms in the Guangdong-Hong Kong-Macao Greater Bay Area (the “Greater Bay Area”). Over the past few years, the governments of Hong Kong and Shenzhen have done a lot of work for the Hong Kong professional sectors to tap into the Qianhai market. A series of measures have also been launched, including tax concessions, settlement support funds, as well as the further opening-up initiatives for professional services. These measures have been well received by the relevant sectors in Hong Kong as they enabled qualified professionals from Hong Kong with construction, engineering and legal expertise to practice and provide services in Qianhai and even the Greater Bay Area through the existing mechanism. With the implementation of the mechanism for wholly owned Hong Kong enterprises (“WOKEs”) to adopt Hong Kong law in Qianhai, WOKEs registered in Hong Kong are allowed to opt for laws of Hong Kong as the applicable law in their civil and commercial contracts, bringing more convenience and opportunities for Hong Kong people and enterprises developing in Qianhai.

During the conference, Huang Xiaopeng, First Deputy Director General of the Qianhai Authority, introduced the new development and opportunities of Qianhai over the past year since the issuance of the Qianhai Plan.

First, Qianhai has been well positioned for development. Apart from its prime location, vast land resources and convenient transport, it also boasts abundant natural resources and promising development potential. Situated at the heart of the Greater Bay Area, it is within one-hour travel distance from Guangzhou, Macao and Hong Kong given its well-equipped railway network and land, sea and air transportation, featuring an international airport and six ports open to the world.

Second, cooperation between Shenzhen and Hong Kong has been close. From January to November 2022, the actual use of Hong Kong capital in Qianhai, where the number of WOKEs was nearly ten thousand, amounted to US$4.907 billion, accounting for 55.3% of the total investment in Shenzhen. Eighteen categories of professionals, such as architects registered in Hong Kong and tourist guides from Hong Kong and Macao, may practice in Qianhai immediately upon filing required documents. In the 2022 “Hong Kong and Macao Youth Employment Plan”, 3,530 jobs were offered. There were nearly 700 participants from Hong Kong, Macao and Taiwan in the 2022 Qianhai-Guangdong-Hong Kong-Macao-Taiwan Youth Innovation and Entrepreneurship Competition. The Qianhai Shenzhen-Hong Kong Youth Innovation and Entrepreneur Hub, measuring an area of 139,000 sq.m., provided incubation support to an aggregate of 378 Hong Kong start-up teams with a total financing amount of over RMB2.9 billion. These achievements have turned Qianhai into an area that has the strongest cooperation with Hong Kong.

Third, an exceptional legal environment has been created in Qianhai based on the principle of the rule of law. Qianhai has been fostering a legal and business environment similar to, and compatible with, that of Hong Kong. Hong Kong, Macao, Taiwan and foreign-invested enterprises registered in Qianhai may agree on the choice of applicable laws with the counterparties to resolve disputes over business contracts. The Qianhai court was ranked first among the primary courts in China in accepting foreign, Hong Kong, Macao and Taiwan-related commercial cases, and in applying Hong Kong law to try cases. Upon the establishment of the First Circuit Court of the Supreme People’s Court and the Shenzhen Court of International Arbitration in Qianhai, the judicial model combining the final judgment and the final award from the respective courts has been formed.

Fourth, cross-border finance has been made convenient. Qianhai has taken the lead in implementing various pilot projects, such as an integrated capital pool of multinational companies with domestic and foreign currencies and the Cross-boundary Wealth Management Connect Scheme. As such, Qianhai has become the major channel for expanding the cross-border capital flow between Shenzhen and Hong Kong. Cross-border receipts and payments of free trade accounts amounted to RMB351.3 billion, 84% of which were transacted with Hong Kong. With the optimization of the pilot schemes for cross-border equity investments, namely the Qualified Foreign Limited Partnership Scheme (“QFLP”) and the Qualified Domestic Investment Enterprise Scheme (“QDIE”), Hong Kong-invested management companies under the QDIE scheme have set up bases in Qianhai while those under the QFLP scheme have accounted for over 90% of the market share in Shenzhen.

Fifth, great efforts have been made for reforms and innovations. 80 out of 765 innovation achievements of Qianhai in total were recorded in 2022. There were seven new measures adopted and promoted nationwide, bringing the total number to 72. In order to accelerate the reform and innovation of technological development mechanism, the Guangdong-Hong Kong-Macao Greater Bay Area Union of Innovation China has been established. The union comprises 44 national “specialised, sophisticated, distinctive and innovative” small giant enterprises, 126 innovation carriers such as enterprise engineering centers, engineering laboratories and technology centers, and 10 unicorn companies, accounting for one-sixth (1/6) of the market share of the Greater Bay Area.

Sixth, the opening-up achievements have been substantial. Eight ministries and state council committees, including the Ministry of Commerce, approved the creation of a national import trade innovation demonstration zone in Qianhai, and the construction of a national cross-border trade big data platform and an electronic component trading center. The total import and export volume of Qianhai Comprehensive Bonded Zone exceeded RMB230 billion, representing an increase of 50%. In 2022, 30 new investment projects of some of the Fortune Global 500 companies were launched in Qianhai with a total investment amount of RMB49.7 billion. The Qianhai International Talent Hub has also provided 451 services under a one-stop approach. Encompassing three international blocks, four Hong Kong and Macao medical institutions and nine international schools, Qianhai has become one of the regions with the highest level of internationalisation.

Seventh, favorable business policies have been in place. The State Taxation Administration, the General Administration of Customs, the Supreme People’s Court, the Supreme People’s Procuratorate and other national departments and committees have issued special policies to facilitate the measures of Qianhai in welcoming WOKEs and supporting their development in the area. Also introduced were eight significant policies which cover foreign investment incentives, business clusters, corporate headquarters, financial industry, trade and logistics industry, technological innovation and professional service industry. Favorable business policies, which have been extensively implemented in ​​Qianhai, can be enjoyed in conjunction with municipal policies.

This promotion conference, which was the first event upon the re-opening of the borders between Hong Kong and the Mainland in 2023, aims to boost the development potential of business cooperation between the two places. Aside from assisting Hong Kong professionals in settling and developing locally, Qianhai has also introduced other professional services and high-end services from Hong Kong. Leveraging the mutually-beneficial relationships between the two places, Qianhai will explore more possibilities and join hands with Hong Kong for a better future. 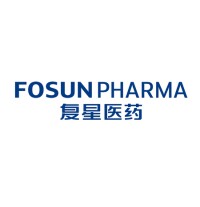