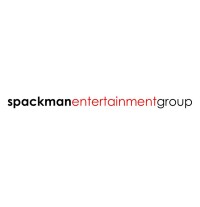 Conducted annually by the Korea Consumer Forum, the Korea First Brand Awards recognizes the brand reputation of various idols, actors and groups in the local entertainment sector and provides brands with a frame of reference on the popularity and loyalty of celebrities amongst consumers.

Spackman Media Group artist Wi Ha-jun’s latest Netflix drama, LITTLE WOMEN, which was filmed in Korea and Singapore, took the top spot in Taiwan, Indonesia and Japan and ranked 8th globally on Netflix, according to Flixpatrol.com as of October 8, 2022. The series featured iconic landmarks in Singapore such as Marina Bay Sands and The Fullerton Hotel.

In February 2022, Wi Ha-jun of Spackman Media Group was selected as the South Korea ambassador for Swiss luxury watchmaker, TAG Heuer. He was appointed as the ambassador for his hometown, Wando-gun of South Korea in January 2022. Previously, Wi Ha-jun starred in the original Korean series, SQUID GAME (2021), the #1 Netflix show across over 90 countries, including the US and Korea. Through his role as Hwang Jun-ho, a policeman in SQUID GAME (2021), Wi Ha-jun has emerged as an internationally recognized actor.

Wi Ha-jun also starred in highly popular K-drama BAD AND CRAZY (2021), which reached first place in viewership ratings for consecutive weekends after its release on 17 December 2021.

Wi Ha-jun was also selected as the brand ambassador for the American premium casual brand BEENTRILL and released a beauty pictorial with YSL beauty in December 2021. He also headlined in the Korean crime thriller film, MIDNIGHT (2021), which received the Best Feature Award at the 13th UK Grimmfest Film Festival.

Spackman Entertainment Group Limited (“SEGL” or the “Company“), and together with its subsidiaries, (the “Group“), is one of Korea’s leading entertainment production groups. SEGL is primarily engaged in the independent development, production, presentation, and financing of theatrical motion pictures in Korea.

The Company was founded in 2011 by renowned media and technology investor Charles Spackman who served as the Company’s Executive Chairman until 2017. For the past two decades, Mr. Charles Spackman has been a powerhouse in the Korean entertainment industry starting in the early 2000’s with the pioneering success of Sidus Pictures, the largest movie production company at the time and the first to be listed in Korea. Mr. Spackman is also the Founder, Chairman and Chief Executive Officer of the global investment firm, Spackman Group. For more information, please visit

Our films are theatrically distributed and released in Korea and overseas markets, as well as for subsequent post-theatrical worldwide release in other forms of media, including online streaming, cable TV, broadcast TV, IPTV, video-on-demand, and home video/DVD, etc. Generally, we release our motion pictures into wide-theatrical exhibition initially in Korea, and then in overseas and ancillary markets.

The Group also invests into and produces Korean television dramas. In addition to our content business, we also own equity stakes in entertainment-related companies and film funds that can financially and strategically complement our existing core operations. SEGL is listed on the Catalist of the Singapore Exchange Securities Trading Limited under the ticker 40E.

SEGL owns a 100% equity interest in Studio Take Co., Ltd. (“Studio Take“) which produced STONE SKIPPING (2020) and THE BOX (2021). Its latest film, A MAN OF REASON, is set to be screened theatrically and digitally in North America in the first quarter of 2023 and at theatres in Korea in the fourth quarter of 2022 or first quarter of 2023. A MAN OF REASON premiered in the US at the 42nd Hawaii International Film Festival. The film was also invited to the 47th Toronto International Film Festival, the largest film festival in North America, and the 55th Sitges Film Festival, one of the world’s top three genre film festivals. Studio Take shall also release an upcoming film, THE GUEST, in 2023 tentatively.

The Company owns a 100% equity interest in Simplex Films Limited (“Simplex Films“) which is an early stage film production firm. The maiden film of Simplex Films, JESTERS: THE GAME CHANGERS (2019), was released in Korea on 21 August 2019. Simplex Films has several line-up of films including HURRICANE BROTHERS (working title).

The Company owns a 20% equity interest in The Makers Studio Co. Ltd., which plans to produce and release four upcoming films, the first of which will be THE ISLAND OF THE GHOST’S WAIL, a comedy horror film.

The Company holds an effective shareholding interest of 43.88% in Spackman Media Group Limited (“SMGL“). SMGL, a company incorporated in Hong Kong, together with its subsidiaries, is collectively one of the largest entertainment talent agencies in Korea in terms of the number of artists under management, including some of the top names in the Korean entertainment industry. SMGL operates its talent management business through renowned agencies such as SBD Entertainment Inc. (Son Suk-ku, Han Ji-hyun, Park Keun-rok), MSteam Entertainment Co., Ltd. (Son Ye-jin, Wi Ha-jun, Lee Min-jung, Ko Sung-hee, Lee Cho-hee), UAA&CO Inc. (Kim Sang-kyung) and Play Content Co., Ltd. (Hwang-hwi). Through these full-service talent agencies in Korea, SMGL represents and guides the professional careers of a leading roster of award-winning actors/actresses in the practice areas of motion pictures, television, commercial endorsements, and branded entertainment. SMGL leverages its unparalleled portfolio of artists as a platform to develop, produce, finance and own the highest quality of entertainment content projects, including theatrical motion pictures, variety shows and TV dramas. This platform also creates and derives opportunities for SMGL to make strategic investments in development stage businesses that can collaborate with SMGL artists. SMGL is an associated company of the Company. For more information, please visit

The Company also operates a café-restaurant, Upper West, in the Gangnam district of Seoul and own a professional photography studio, noon pictures Co., Ltd.