New exhibition The Love of Couture: Artisanship in Fashion Beyond Time opens at K11 MUSEA on 8 December, 2022

HONG KONG SAR, 2 December 2022 – Following its smash debut in 2021, K11’s annual celebration of legendary craft is making a triumphant return to Victoria Dockside on 8 December 2022. Curated under the theme The Love of Couture: Artisanship in Fashion Beyond Time, the exhibition will open with K11 NIGHT, presenting a magnificent collection of historical fashion gems from London’s Victoria and Albert Museum (the V&A), while also spotlighting six of East Asia’s most promising young fashion designers.

Titled The Love of Couture: Artisanship in Fashion Beyond Time, the ambitious sophomore exhibition is conceptualised with the mission to explore the evolution of fashion across time and space, and to celebrate artisanship and the next generation of designers. To accomplish this, K11 has joined hands with the V&A to assemble a team of revered industry veterans and talented rising stars for an unprecedented cultural exchange between east and west.

“Fashion throughout history is reflective of how traditions, craftsmanship, creativity and societies continue to evolve”, said Adrian Cheng, Chair of K11 NIGHT. “I am thrilled to present this exhibition in collaboration with the V&A and work with our brilliant designers who have all in their own individual way, reinvented and modernized history with their unique perspective and talent. This collaboration truly reflects my mission to create a deeper cultural exchange between east and west by providing a platform for next generation talent.”

Serving as the Production Designer of this year’s exhibition is William Chang Suk Ping. An Oscar nominee and bona fide art virtuoso, Chang has enjoyed an illustrious career where he applied his visual genius to areas ranging from visual and costume design to film editing and production. He is joined by seasoned fashion and textile experts from the V&A, the world’s leading museum of art, design and performance, and six emerging fashion designers from Japan, South Korea, China and Hong Kong, as they embark on a time-bending, boundary-blurring couture journey of reminiscence, reimagination and fearless innovation.

This year’s exhibition will kick off with the invitation-only K11 NIGHT 2022 opening gala at Victoria Dockside on the evening of 3 December 2022. The exclusive event is a who’s who of A-list entertainers, fashion icons, artists, cultural pioneers and socialites. A gold carpet will roll out along the Avenue of Stars, with the stunning view of the Hong Kong skyline and Victoria Harbour providing a picture-perfect backdrop for celebrity guests to showcase their passion for high fashion and personal interpretation of this year’s theme, Couture with Love.

A Cinematic Story about the Love of Fashion, Artisanship and Creativity over the Centuries, as Told by William Chang Suk Ping

Chang’s visual genius ranges from set and costume design to styling and film editing. Drawing inspiration from the Nobel Prize-winning author Derek Walcott’s poem, Love After Love, Chang then spins the exhibition concept with his mastery and paints a picture depicting how designers’ and makers’ passion for couture, artisanship and creativity can be carried on century after century.

“This exhibition is driven by imagination, creativity, and passion. Seeing how these designers have reimagined centuries-old craft and techniques has been truly inspiring, and provided me with a wonderful canvas from which to create and design,” said Chang.

From staging, lighting, venue background music, showcase curation, exhibition visuals and videos to storytelling, Chang has infused this project with his poetic and romantic style. Visitors will embark on a journey of imagination through the stylistic choice of Chang, as if they are living in one of his movies, while feasting their eyes on the extravagance of each exhibit. All furnishings were specially produced for this exhibition, and have been designed by Chang from scratch. One highlight of his work is the centrepiece of the exhibition space, featuring a giant human head revealing a MRI scan of a brain when one is in love, or even in the state of addiction — a metaphorical expression of one’s the never-ending passion towards design and creativity.

Exclusive View of Historical Artefacts from the V&A

A thoughtfully curated collection of historical British and French womenswear from the V&A will be displayed as part of the exhibition. The twelve pieces, shown in Hong Kong for the first time, chronicle the fascinating evolution of British and French womenswear fashions from the 1830s to around 1960, and serve as the muse for the six up-and-coming East Asian fashion designers. The emerging designers’ task is to draw inspiration from these exhibits, dissect and re-contextualise their structure, fabric, function, and craft original bespoke couture works that stir nostalgia while exuding a contemporary, innovative and distinctively East Asian sensibility. The process is intended to trace how fashion changes over time as it is a constant amalgamation of various cultures and influences, and to imagine what the future of fashion entails.

“The Love of Couture: Artisanship in Fashion Beyond Time is fully aligned with the V&A’s core mission, to champion design and creativity in all its forms for everyone. We are delighted with this opportunity for the V&A to continue its international engagement strategy in the region and support craftsmanship and creativity. Our collection is renowned for providing inspiration for designers and I am pleased that the collaboration with K11 continues this practice through the creation of new culturally meaningful projects”, said Tim Reeve, Deputy Director and Chief Operating Officer at the V&A.

Six promising young fashion visionaries from Japan, China, South Korea and Hong Kong have been commissioned by K11 to create new bespoke designs specifically for the exhibition. Each equipped with a unique outlook and sense of style, these future masters of sartorial art bring a spectacular array of daring looks inspired by the V&A’s collection, giving the audience a great opportunity to rethink the connection between the past, present and future of fashion. These new works will be showcased alongside some of the designers’ existing creations, offering a broader perspective of their creative visions and definitions of couture.

Hailing from Japan, Tomo Koizumi launched his eponymous fashion brand as an arts major at National Chiba University in the early 2010s. Since then, he has experienced a meteoric rise to become one of Japan’s leading young designers. His signature ruffle designs have been seen on global fashion icons such as Lady Gaga, Miley Cyrus and Bella Hadid.

For the exhibition, he is bringing a new piece that consists of a figure-hugging vest jacket and voluminous skirt constructed with his iconic cascade of colourful ruffles.

Ryunosuke Okazaki is a Master’s Degree graduate of Fine Arts at the Tokyo University of the Arts, a finalist of the LVMH Prize 2022 and named in Forbes JAPAN 30 UNDER 30 2022 list. His designs commonly incorporate the concept of prayer as a thematic pillar of his work, with a strong emphasis on form and movement. His avant-garde creations have graced the covers of Dazed and Vogue Japan.

Referencing the silhouettes and embellishments of the V&A exhibits, his visually evocative new dress is intricate yet ethereal, sculptural yet full of motion, and reminiscent of the wonderous creations found in nature.

Chinese designer Sensen Lii studied at the Royal Academy of Fine Arts Antwerp and is the founder of fashion brand WINDOWSEN. Despite founding his brand only 3 years ago in 2019, Lii has already built an astonishing clientele featuring Madonna, Rihanna, Katy Perry, Doja Cat, Timothée Chalamet and BLACKPINK, to name a few.

Taking notes from a variety of the V&A’s garments, he presents three brand new designs that blend historical references with his usual performative, dramatic and theatrical designs. They boast contrasting colours and exaggerated shapes, each more dramatic than the last.

A fresh graduate of the prestigious Central Saint Martins in London, Hong Kong-born Celine Kwan is the founder and creative director of her eponymous label, with pop juggernaut Lizzo and singer-songwriter Melanie Martinez amongst her clients.

Her new look, inspired by the hourglass silhouette of a 1960s ball gown, is designed to accentuate the waistline and capture the opulence of the era. Meanwhile, the designer puts a whimsical and modern twist to the garment with the use of striking colours, an inflatable skirt and cutting-edge production techniques such as 3D printing.

Guangzhou-based designer Yueqi Qi majored in knitwear at Central Saint Martins and established her eponymous label in 2019. Her architectural designs, revolving around the idea of deconstructing and reconstructing men’s suits, are characterised by clean lines, sophisticated palettes and mixed use of materials, and are favoured by pop-stars such as FKA Twigs and Lorde.

She has created a four-piece mini collection for the exhibition, each paying homage to a specific exhibit while giving it an unexpected, edgy spin. Straddling the line between refined and rebellious, these metal-embellished gowns are a continuation of Qi’s mission to redefine femininity.

A fellow alumna of Central Saint Martins, Sohee Park is a South Korean couturier whose gowns have been worn by such fashion risk-takers as Ariana Grande, Cardi B, Naomi Campbell, Miley Cyrus and BLACKPINK member Lisa.

Turning to her ultra-feminine sensibility to evoke a bygone era of classic beauty, she has crafted an elegant black-and-fuchsia gown with embroidery on the hem, which borrows details from the Yves Saint Laurent Polynésie evening dress, an exhibit from the V&A.

This December, K11 Art & Cultural Centre at K11 MUSEA will transform into a couture wonderland with a fantastic collection of exhibits that charts the trajectory of fashion from the 1830s to the present day and beyond. Come and immerse yourself in the world of history, artisanship and visual splendour, and join us in celebrating the countless reincarnations of impeccable style. 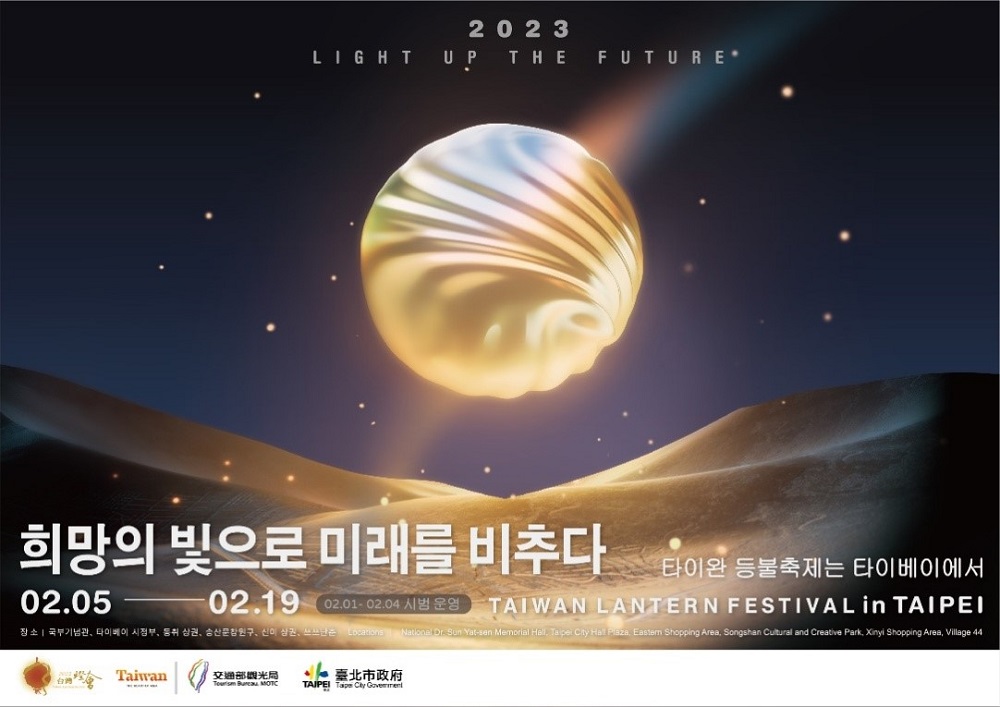